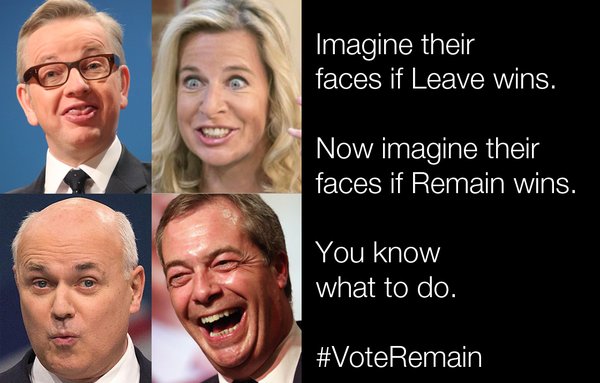 OCCASIONALLY when I write these columns I push my nose into the political realm. This is generally when a week has gone by without minor incident, when somebody has failed to ask me for directions, or I have negotiated a revolving door successfully, or a member of front-of-house staff has smoothly guided me through the ordering process at Nando’s.

That is not the case this week. In fact, only yesterday I had an experience in a supermarket involving a malfunctioning automated check-out and the rudest woman I have encountered since 2007. This would definitely have made a column, and probably will.

But I have children, which means one day I will probably have grandchildren, and I want to be able to look them in the eye and tell them that, when the biggest political decision I will ever have to make came around, I tried my best.

I want to tell them that I tried my best to make sure that Britain did not cut itself off from the rest of the world and become an insular small-minded country which lost an empire and then could not find a new role because it didn’t like foreigners.

I want to tell them that I tried my best to stop right-wing zealots from abolishing all the employment rights my generation and the generation before me enjoyed: the maternity leave, the minimum paid leave, equal pay, anti-discrimination.

I want to tell them I tried my best to prevent the destruction of a union of independent nations, an imperfect union which, while it stood, prevented war in Europe.

That is a point that is surprisingly rarely made. The history of Europe is war, nations endlessly scrapping among themselves for land and money and power.

If you went back in time 200 years and told people living in Britain that not only would we not be at war with either France or Germany or Spain in 2016 but they would actually be our allies, they would be amazed. Then they would probably smash up your phone as the work of the devil and chuck you in an rat-infested lunatic asylum, proof that it was not always better in the Olden Days.

The idea that we would go to war with France or Germany now sounds apocalyptic. But the only reason it is unthinkable is that being in the European Union has made it so.

I understand that for some older people the idea of going back to the 1950s appeals. It was a golden age and you knew where you were. Dads went out to work, and they all had jobs. Mums looked after the house. Everybody had a house. You knew your neighbours. And, yes, there were no foreigners speaking languages you did not understand and cooking food you did not fancy.

But part of the reason the 1950s appeal is that you were young then, and it’s always better when you are young. And the 1950s were always going to look better because of what came before – rationing, bombs falling onto your neighbourhoods, a war in Europe.

It is not fair for you to impose an uncertain future on your grandchildren, a recession, years of wrangling for trade deals, in an attempt to bring back the past, especially if you will not be around in 15 years’ time to suffer the consequences.

I know there is no way this appeal will move those opposed to the EU on principle, who say Britain should stand alone, even though it needn’t. There is no way it will move the people who say, “I’m not racist, but…” who oppose immigration and think we should bring in “an Australian points-based system” even though Australia lets in more immigrants per head of population than us.

But if we vote Leave, and things do turn out badly, the EU will not let us back in. And if you really don’t know, then you have to vote Remain, because the country we live in now really isn’t that bad, despite that very rude woman in the supermarket.