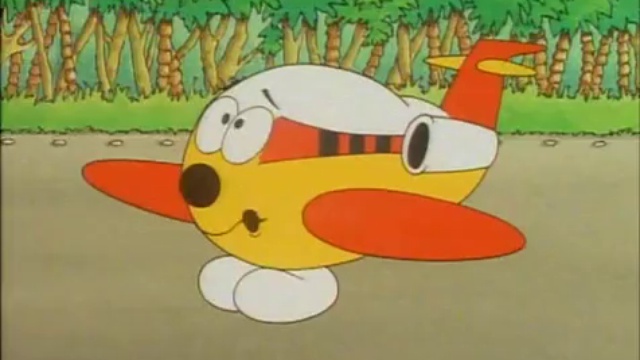 I TAKE quite a lot of buses and I have probably done a poor job in concealing that fact. But what you might not know is that sometimes I use other forms of transport.
For example, occasionally I use the train. Trains are great. If you are not sure what a train is, it is a sort of incredibly expensive bus that goes on rails, apart from on Sundays, when it is an incredibly expensive bus that goes for large sections of the journey on roads.
And, even more occasionally, I use aeroplanes, or “flying buses” as I like to call them. Up till this month I could count the number of times I had flown on aeroplanes on one conventional hand, i.e. five times. If you are wondering how somebody can fly an odd number of times, the answer is that I got the train back once because of a shampoo-based incident which need not concern you.
But last week I took an aeroplane to Abroad, specifically Portugal. I arrived at the airport in plenty of time, having weighed my bag several times to ensure I was nowhere near the point at which my chosen carrier would make me shell out actual money.
I was, it was fair to say, something of a naïve rube at the airport. All I lacked was an ear of wheat protruding from my mouth. I tried to remember the advice I had found online at airportsforidiots.com, “Remove your belt and metal jewellery and walk through security with purpose.”
The trouble with this advice is that I find “walking with purpose” difficult at the best of times. It is terrible advice, like being told to “act naturally”. I never know what to do with my hands when forced to behave as if everything is perfectly normal. It’s a wonder I can remember how to breathe.
But it is even worse when you have to “walk with purpose” without your belt and your trousers are on the loose side.
So my purposeful walk was less 1-2-3-4, and more a sort of free jazz. The scanner beeped, despite the fact I had less metal on me than you would find on the bill at a twee folk festival.
I had drunk some Irn Bru a couple of weeks previously, so maybe it was that. Or maybe it was because I was a shifty looking man travelling alone.
In any case, I was called “sir” and told to face a guard, who gave me a patting down so intimate and delicate that I think we might now be engaged.
And then I was told to go into The Other Scanner, where I had to hold my hands above my head as if I had been photographed in the audience at a Queen concert during Radio Gaga, and scanned again until I was told I was free to go, certified “No Threat: Irn Bru/Awkward Walker”.
I greeted my various possessions on the other side of their own scanner, and went to retrieve them, to be told by a second security officer that my bag was going to have to go through a second time. I gulped. Because I remembered… On a previous trip to London a few weeks before I had packed some migraine tablets in the bag.
“Oh, crumbs,” I thought, paraphrasing, “I am going to be hauled up before the beak for drug smuggling. I’m going down. I won’t do well in prison. There’s no wi-fi and I wouldn’t have the first idea how to make a shiv.
“My only hope is that my glasses and general demeanour would make the other inmates call me The Professor, and I would have to read or help them compose their letters.” Also, I was worried about my belt, as my trousers were hanging onto my hips for dear life.
But my bag came back without explanation. Maybe I had packed it in an amusingly unconventional way, and the guards were going to pass the x-ray around later on in the pub. “Ha! Have you seen the way he’s balled his socks? He must have three feet.”
In any case, as I reattached my belt and saved everybody from a terrible fate, I looked across at security and wondered: “Why do they have two scanners? Why don’t they just make everybody go through the good scanner?”
This is why I stick to buses. It is simpler and nobody ever frisks me apart from late-night drunks.